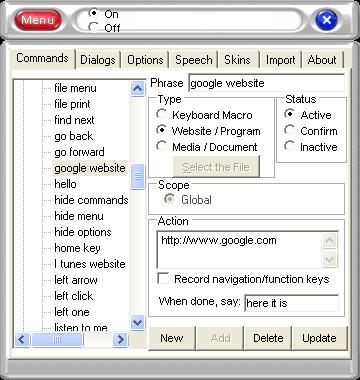 If you have activated the software, you can change what the computer says in response to your commands. One of the nice things about the software is that it allows you to have conversations with your computer--although limited conversations.

The "When done, say" box at the lower right of the program allows you to enter a verbal response that you would like the computer to make after it has performed the voice command. What you type is what the computer will say.

This simple voice response brings a level of interactivity that is possible with e-Speaking.